Does This Minnesota County Have What It Takes to Be Bacon Capital, USA?

Maybe an ice-skating pig will help 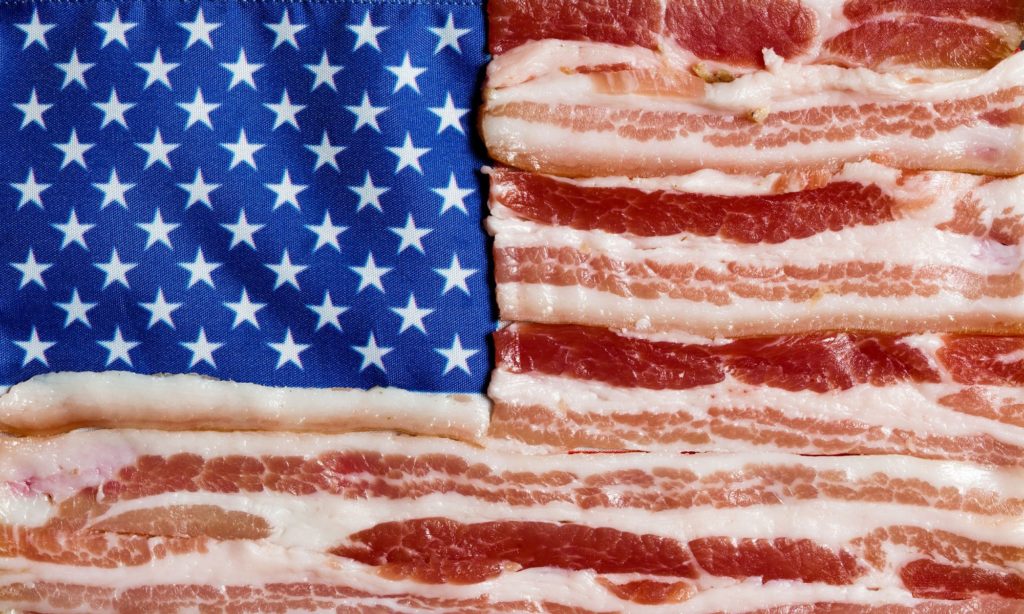 If you google the phrase “bacon capital,” one place will be at the top of the list: Martin County, Minnesota. That’s not by accident, or because of some historical precedent. Earlier this year, the region began actively attempting to dub itself “Bacon Capital USA.” And apparently the name is starting to stick… thanks in part from the help of an ice-skating pig.

This isn’t to say that Martin County doesn’t produce plenty of bacon. According to Minnesota’s The Farmer, the county is the top hog-producing area in the state. So, OK, it’s only the sixth-biggest producer in the United States, but that didn’t stop local leaders from laying claim to the bacon moniker in an announcement this past July. “We’re trying to get Fairmont and Martin County on the map,” Steve Hawkins, a member of the Bacon Capital USA committee told the Fairmont Sentinel.

As far as Google is concerned, the launch of the BaconCapitalUSA.com website and a little search engine optimization can help give Martin County a push, but the committee realized they’d need something a bit flashier to win over the hearts of the locals. This is why the latest addition to team Bacon Capital USA not only embodies bacon, but does it in ice-skating form. This week, a still unnamed mascot—someone donning a pig costume—will skate around the hockey arena at the Martin County Fairgrounds during a couple of high school ice hockey games. Though the pig has popped up a couple times in the past, this appearance is being billed as a big deal: His first at a sporting event.

“Prior to both games, the pig will perform a skating routine to ‘It’s Beginning to Smell a Lot Like Bacon,’ a parody of the seasonal song, ‘It’s Beginning to Look a Lot Like Christmas,’” the Sentinel explains. “The pig also will be available for photos.” (If you must hear the song now, it’s thankfully available on the BaconCapitalUSA.com site.)

Not to undermine those photo opportunities, but at this point, the promotional porker is only wearing a costume purchased off Amazon. However, a custom suit is reportedly in the works and promises to have the added versatility of letting the pig switch between outfits like overalls and a tuxedo. “This is meant to be something that’s really fun—and corny,” Hawkins stated. “It’s meant to be a little off the wall.” Seems like a great idea, really. And let’s be honest: If an ice-skating pig isn’t enough to secure your claim to the title of America’s bacon capital, then the competition just wants it more.